Yesterday, I was cleaning out my inbox when I saw this Smithsonian article fly by:

“Yay!” was by first thought, followed almost immediately by… Wait, you mean female WWII pilots weren’t allowed at Arlington National Cemetery until now? What the hell!?

So I clicked on it and you can too (I put in a link above).

But I’ll also summarize it for you:

In 1942, the Air Force started training over 1000 women to fly military aircraft during WWII. They were called WASPs (Women Air Force Service Pilots) and they completed military training, wore uniforms, and were stationed at Army air bases across the US.

They also very nearly fought the Nazis directly. The military planned to send the WASPs in a mass offensive against Nazi Germany as commissioned second lieutenants, but the media and public threw a fit, considering it “unnatural” for women to fly for their country.

WASPs also faced enormous opposition from a lobby of angry male pilots who were afraid of losing their jobs to women.  So the female pilots were always considered “unofficial,” a paramilitary operation. 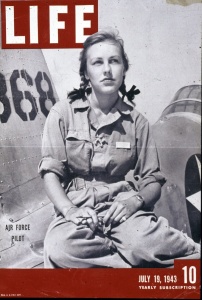 So despite the fact that WASPs were subject to military discipline and flew in top-secret missions, they had to pay for their own uniforms and lodging, and their families had to pay to bring their bodies home.

Which happened, because 38 of these women died for their country. Their families received nothing. Not even a flag.

WASPs were finally recognized as veterans in 1977 and were awarded the Congressional Gold Medal of Honor in 2009. They started being buried in Arlington National Cemetery with full military honors in 2002…

Until March 2016, when Secretary of the Army John McHugh ruled that WASPs never should have been allowed in the military in the first place.

How infuriating is that?

Imagine we’re in the middle of WWIII and conditions get desperate enough to start drafting men over age fifty, even though we normally don’t. But we do, a bunch of men over age fifty die for their country, and afterwards are barred from military honors because  they “shouldn’t have been in the military in the first place.”

That would be ludicrous, right? What if it were children under the age of fifteen?

Another argument was that Arlington National Cemetery is running out of room. They may as well have said they couldn’t afford to humor women pilots anymore because we need space for real heroes now. 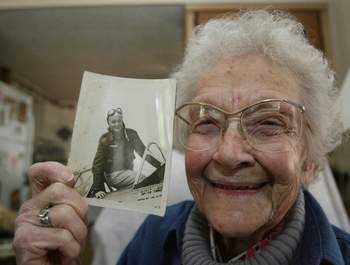 But thanks in part to this petition that gathered over 178,000 signatures, McHugh’s decision has been reversed. WASPs will finally be allowed to rest in peace along with their fellow soldiers.

6 thoughts on “Female WWII Pilots Can Finally Rest in Peace”